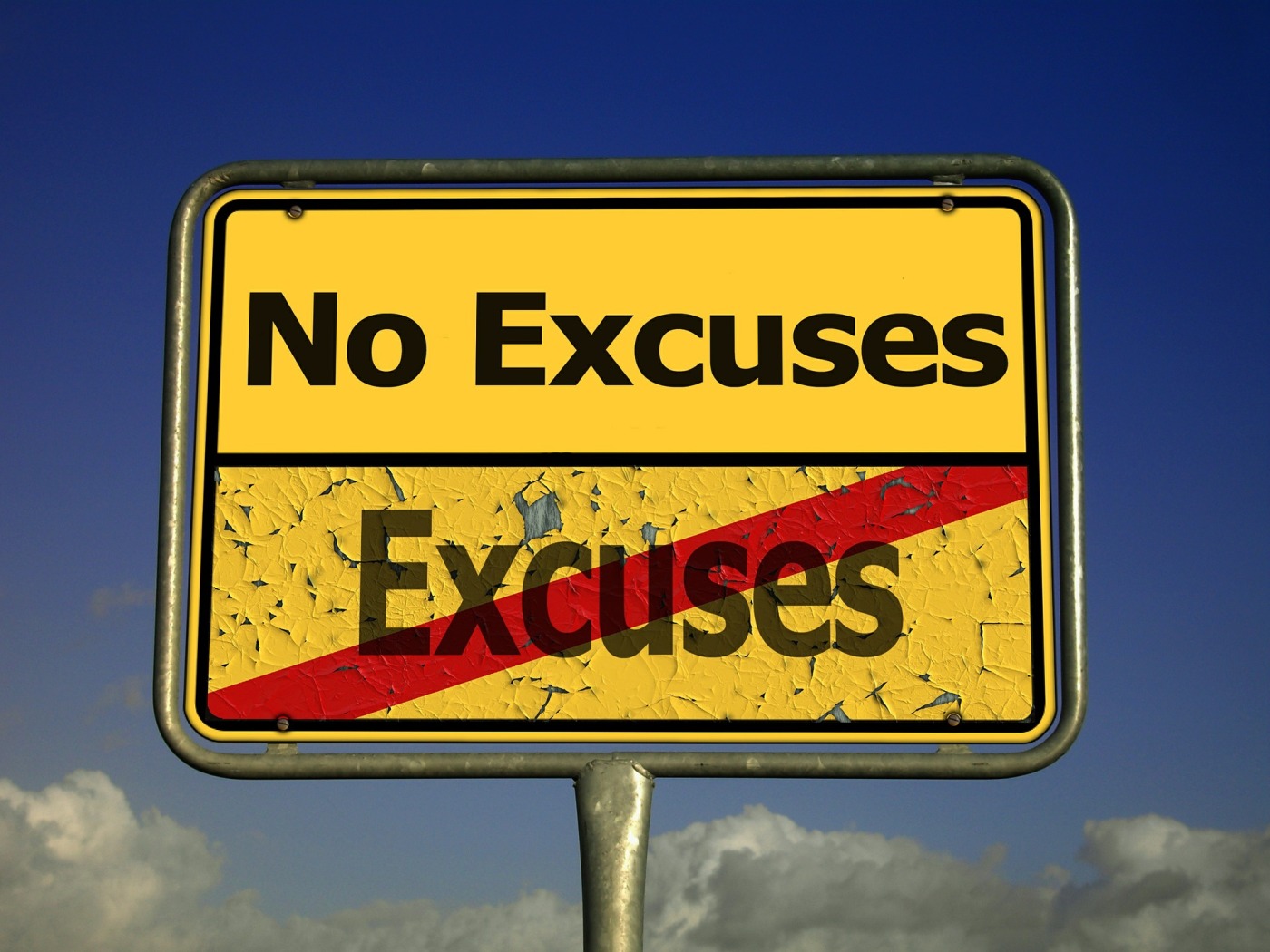 What do people say when confronted with doing what God expects of them or has called them to do?

Why don’t you go to church?

Let’s go visit and minister people in prison and hospitals…

Why don’t you give the firstfruits of all your increase to God?

Usually before we make an excuse, we usually give a big BUT…

“I would, BUT the people in church aren’t right themselves…”

“I would, BUT those homeless people will just spend it on drugs, cigarettes and alcohol…”

“I would, BUT my kids have sports…”

18 BUT they all with one accord began to make excuses. The first said to him, ‘I have bought a piece of ground, and I must go and see it. I ask you to have me excused.’ 19 And another said, ‘I have bought five yoke of oxen, and I am going to test them. I ask you to have me excused.’ 20 Still another said, ‘I have married a wife, and therefore I cannot come.’ 21 So that servant came and reported these things to his master. Then the master of the house, being angry, said to his servant, ‘Go out quickly into the streets and lanes of the city, and bring in here the poor and the [a]maimed and the lame and the blind.’ 22 And the servant said, ‘Master, it is done as you commanded, and still there is room.’ 23 Then the master said to the servant, ‘Go out into the highways and hedges, and compel them to come in, that my house may be filled. 24 For I say to you that none of those men who were invited shall taste my supper.’ ”

Notice that each of these excuses addressed the same excuses we give today.

“I bought a piece of ground…”

“I have married a wife…

These excuses made the master of the house (Jesus) angry. So, He invited the very people who those who were initially invited were called to serve instead.

He then said those who makes excuses and rejected His invitation will not ‘taste His supper’ (will not enter His Kingdom).

Don’t let your BIG BUT keep you out of the Kingdom of God!