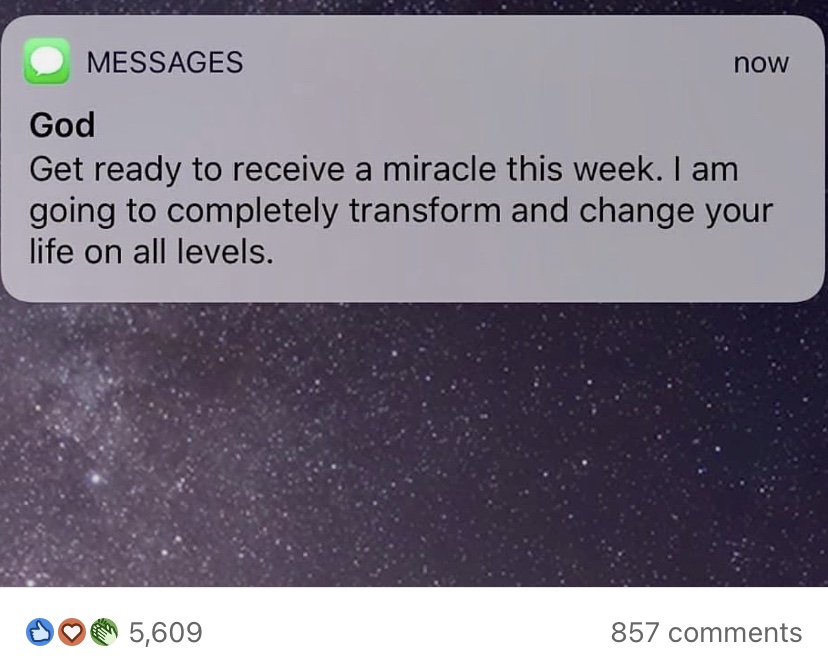 Posts and statements like the one in the image are encouraging, get a lot of amens, and ‘LIKES’, but they are dangerous.

BE CAREFUL when people QUOTE FOR GOD as if He said it word-for-word.

Be careful when people say, “God told me to tell you.”

There’s a difference in being inspired by God and quoting Him with our words as if He said it verbatim.

20 Knowing this first, that no prophecy of the scripture is of any private interpretation.

21 For the prophecy came not in old time by the will of man: but holy men of God spake as they were moved by the Holy Ghost.