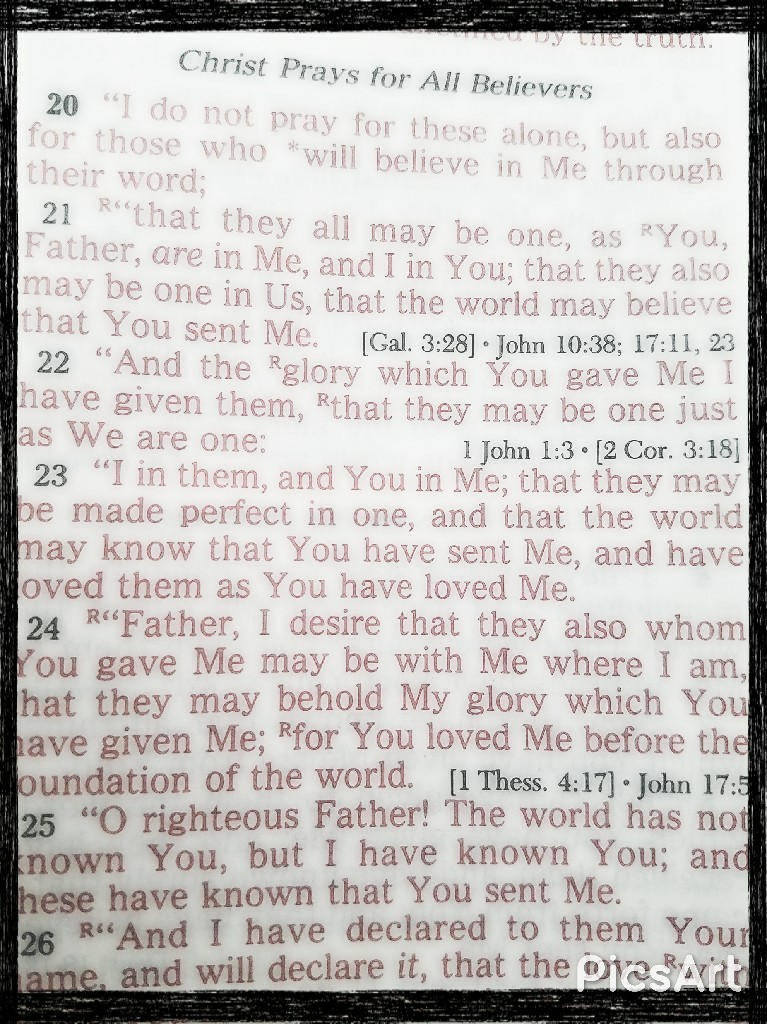 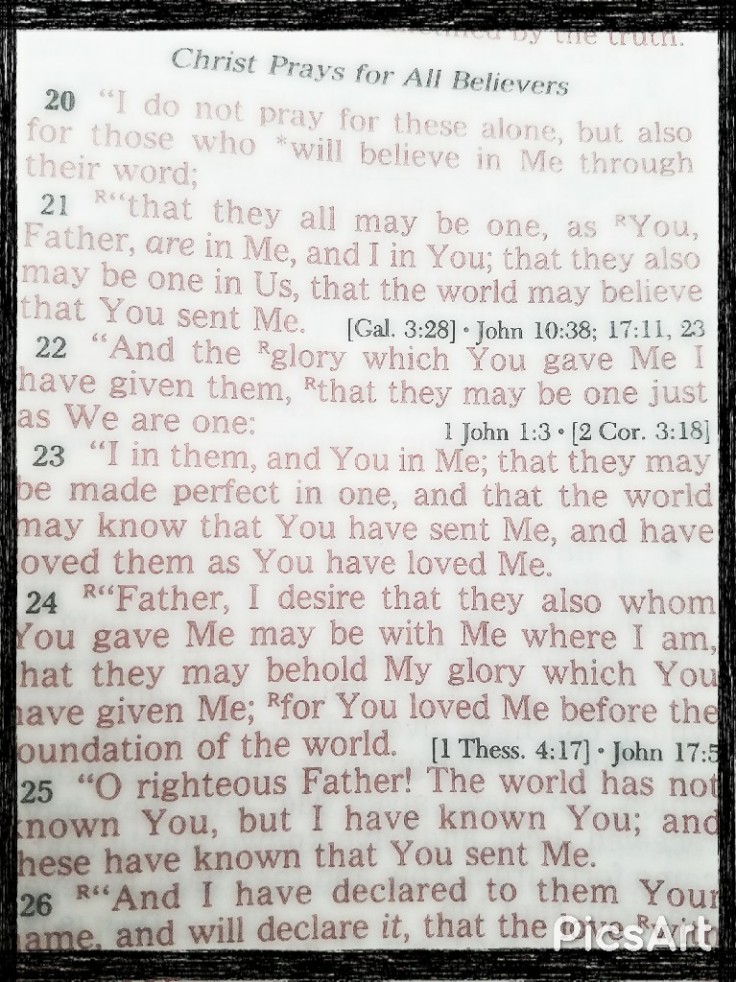 Notice what Jesus prayed for before He went to the cross in John 17. Notice how many times He said,”ONE”.

20 “I do not pray for these alone, but also for those who will believe in Me through their word; 21 that they all may be one, as You, Father, are in Me, and I in You; that they also may be one in Us, that the world may believe that You sent Me. 22 And the glory which You gave Me I have given them, that they may be one just as We are one: 23 I in them, and You in Me; that they may be made perfect in one, and that the world may know that You have sent Me, and have loved them as You have loved Me.

Now, notice how many times He said I and my father are ONE.

Think about what who bears witness in heaven.

7 For there are three that bear witness in heaven: the Father, the Word, and the Holy Spirit; and these three are one

What did Jesus Himself say about marriage?

8 and the two shall become one flesh’; [a] so then they are no longer two, but one flesh.

10 Now I plead with you, brethren, by the name of our Lord Jesus Christ, that you all speak the same thing, and that there be no divisions among you, but that you be perfectly joined together in the same mind and in the same judgment.

Also notice something significant about the demons cast out of the man in Mark Chapter 5.

9 Then He asked him, “What is your name?” And he answered, saying, “My name is Legion; for we are many.”

Take note in Matthew Chapter 12 what demons do when they find a comfortable dwelling.

43 “When an unclean spirit goes out of a man, he goes through dry places, seeking rest, and finds none. 44 Then he says, ‘I will return to my house from which I came.’ And when he comes, he finds it empty, swept, and put in order. 45 Then he goes and takes with him seven other spirits more wicked than himself, and they enter and dwell there; and the last state of that man is worse than the first.

Notice what atrocities Hitler was able to accomplished by getting people to agree with His agenda.

Look at what the LBGT community has been able to accomplish contrary to the word of God by banding together in agreement.

Because no force other than God and His love is more powerful agreement.

Oneness. Agreement. Unity. Works for both GOOD and EVIL. RIGHT and WRONG.

All are only successful through ONENESS. AGREEMENT. UNITY…a force so powerful, it works for good and evil.

Why do you think the devil works so hard at trying to divide people who love one another…people who have so much in common?

God is love, and satan is not (yes, lower case on purpose.)  Love covers all and conquers all…

8 And above all things have fervent love for one another, for “love will cover a multitude of sins.”

God’s love is all powerful, but think about this…

UNITY, (AGREEMENT or ONENESS) is the only force and power that the enemy can use to try and RIVAL the power of God’s love on earth to accomplish his agenda.

That’s why in John Chapter 17, after praying for Himself, then praying for His disciples…He prayed for us (vs.20), and He prayed that we are ONE in Him and in one another.

Because other than love, there is nothing more powerful on this earth than UNITY.

So be very careful who and what you agree with!