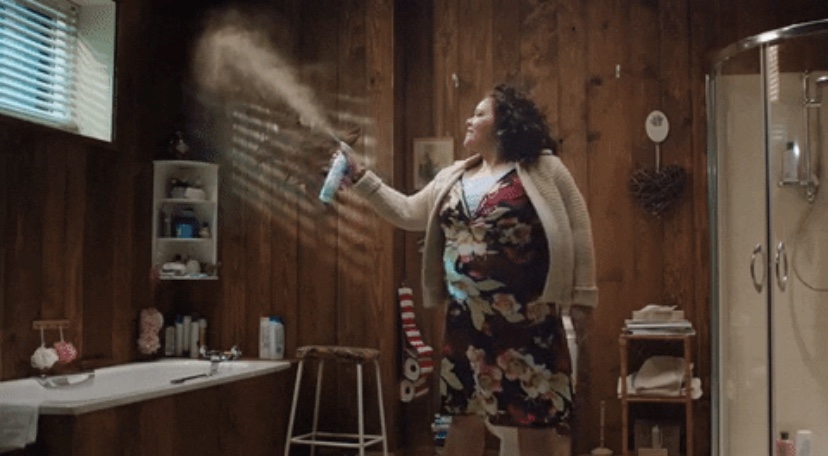 One morning when I arrived to work, I made a quick stop by the bathroom. As I opened the door, I quickly realized that someone had gotten there before me, and left behind a funky, powerful stench…as it flooded my nostrils, I could hardly breathe.

I reached for a can of aerosol air freshener. As I released it into the air, it filled the room and fought hard to remove the funk, but I could still smell both.

Abominations ‘stink in the nostrils’ of God…Sacrifices (praise) are a fragrant aroma.

10 And by that will we have been sanctified through the offering of the body of Jesus Christ once for all.

15 Therefore by Him let us continually offer the sacrifice of praise to God, that is, the fruit of our lips, [a]giving thanks to His name. 16 But do not forget to do good and to share, for with such sacrifices God is well pleased.

Abominations are spiritual funk that we release into the physical and spiritual world.

How do you feel when you smell something disgusting?

How do you feel when you smell a fragrant aroma?

Think about all of the abominations, blasphemies, insults, and idolatry that you notice being released into both the physical and spiritual world everyday, sometimes by people who call themselves Christian…

This is spiritual funk and stench that is released into the nostrils of God.

Now, think about the praise and blessings that you witness on a daily basis.

Praise fights to eliminate spiritual funk as it floods the nostrils of God.

One thought on “HOW PRAISE FIGHTS TO ELIMINATE ‘SPIRITUAL FUNK’…”