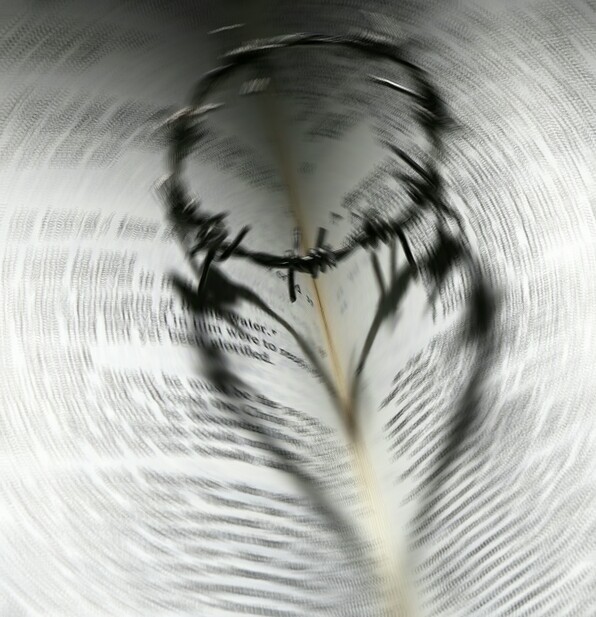 Have you ever noticed in Matthew Chapter 23 that the religious leaders told Yeshua, Jesus, that if they had lived in the past they would not have mistreated and killed the prophets as their ancestors did?

Many people do the same thing today. They point a self-righteous finger at the Scribes, Pharisees, Chief Priests, those who shouted CRUCIFY HIM, those who worshipped the golden calf, those who bowed to Nebuchadnezzar’s idol God, and so on. People prove on which side of history they would have stood in the past by their attitudes, actions, and behavior today.

Yeshua the Messiah, Jesus Christ, sharply rebuked the religious leaders (the system) because they claimed if they had lived in the past, they would not have participated in killing the prophets as their ancestors did. He told them that they SHARED IN THE GUILT OF THEIR ANCESTORS because of their attitudes and actions TODAY…

29 “Woe to you, scribes and Pharisees, hypocrites! Because you build the tombs of the prophets and[a]adorn the monuments of the righteous, 30 and say, ‘If we had lived in the days of our fathers, we would not have been partakers with them in the blood of the prophets.’

31 “Therefore you are witnesses against yourselves that you are sons of those who murdered the prophets. 32 Fill up, then, the measure of your fathers’ guilt.

29 “Woe to you, teachers of the law and Pharisees, you hypocrites! You build tombs for the prophets and decorate the graves of the righteous. 30 And you say, ‘If we had lived in the days of our ancestors, we would not have taken part with them in shedding the blood of the prophets.’ 31 So you testify against yourselves that you are the descendants of those who murdered the prophets. 32 Go ahead, then, and complete what your ancestors started!

People today claim they would have gone into the fiery furnace with the Hebrew slave boys, or lions’ den with Daniel, but prove they wouldn’t because they won’t take a stand for God at work, or conform to a sinful culture because they don’t want to lose their job.

People today claim they would have fled Sodom and Gomorrah with Lot, but prove they wouldn’t have because they support gay marriage and the gay lifestyle, when Yeshua clearly affirms that marriage is between a man and woman in Matthew Chapter 19 verses 3-9.

People today claim they wouldn’t have participated in worshipping a graven image or calling out the name of an idol, but they prove they would have by blasphemously calling a day to celebrate the resurrection of our Savior by the name of a pagan goddess (Easter, Eostre, Ishtar, Ashtoreth).

13 “And in all that I have said to you, be circumspect and make no mention of the name of other gods, nor let it be heard from your mouth.

People today prove if they would have considered Dr. Martin Luther King Jr. to be a great man or a trouble maker…

People today prove whether they would have supported a system of slavery or against it by how they hold on to the symbols and paradigms of a sinful heritage of oppression, rape and separation of families because they feel it honors their ancestors.

People today prove whether they would have placed ‘traditions of man’ over the word of God (flags, statues, monunents, hazing, etc…

15 Then the scribes and Pharisees who were from Jerusalem came to Jesus, saying, 2 “Why do Your disciples transgress the tradition of the elders? For they do not wash their hands when they eat bread.”

3 He answered and said to them, “Why do you also transgress the commandment of God because of your tradition? 4 For God commanded, saying,‘Honor your father and your mother’; and, ‘He who curses father or mother, let him be put to death.’5 But you say, ‘Whoever says to his father or mother,“Whatever profit you might have received from me isa gift to God”— 6 then he need not honor his father[a]or mother.’ Thus you have made the[b]commandment of God of no effect by your tradition. 7 Hypocrites! Well did Isaiah prophesy about you, saying:

People today prove whether they would have shouted HOSANNA or CRUCIFY Him!