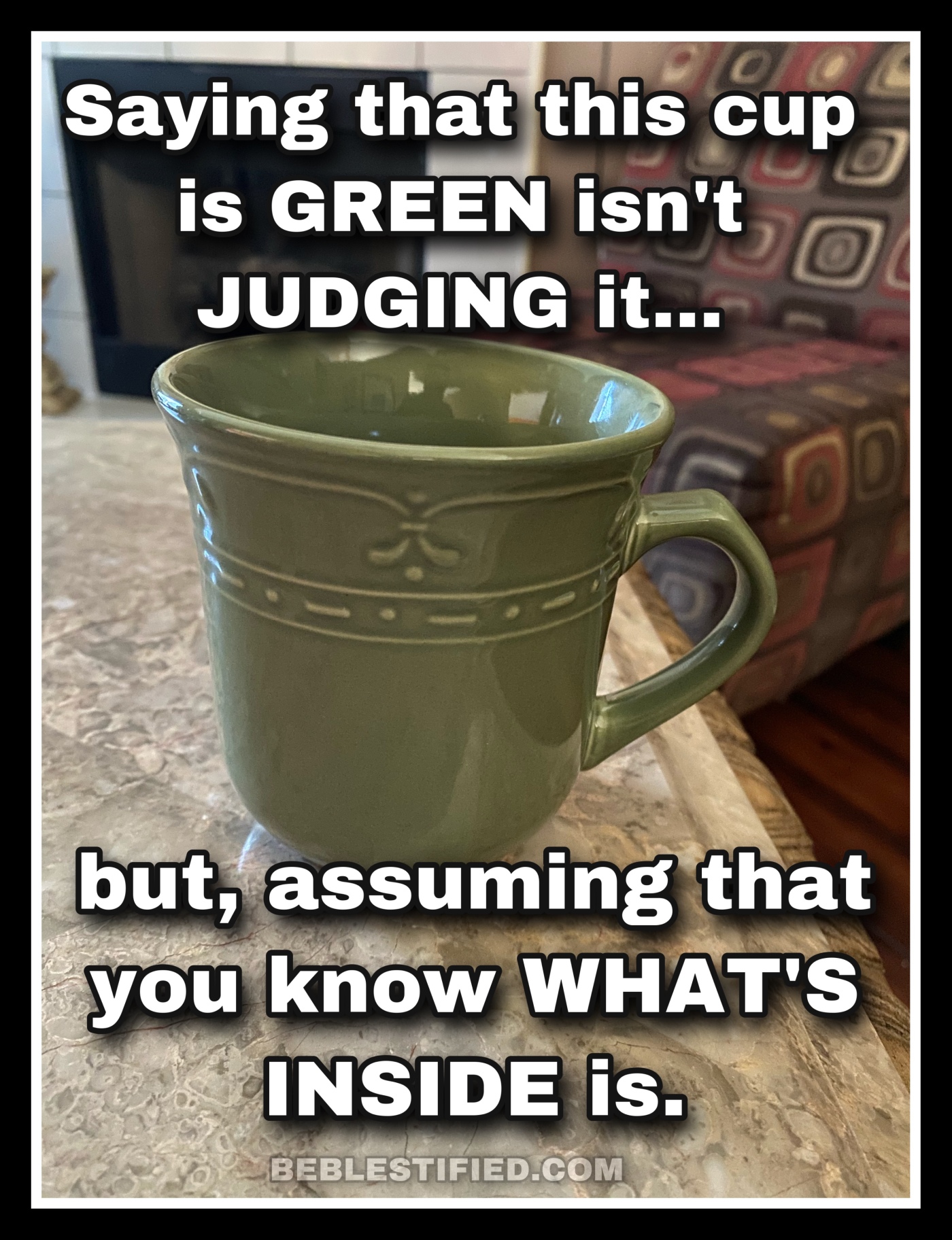 “Only God can judge me!”

Identifying what the bible says is sin isn’t judging. To identify something is to recognize and name it.

Recognizing and naming sin is NOT judging. It’s our responsibility as disciples to hold one another accountable and to let ‘sinners’ (we are all sinners saved by grace) that they are falling short of God’s standards.

24 Do not judge according to appearance, but judge with righteous judgment.”

11 And have (A)no fellowship with the unfruitful works of darkness, but rather [a]expose them.

However, assuming that you know what is inside someone else’s heart…

Assuming that you know their motives…

Or pronouncing condemnation on them…

Are all examples of judging.

Saying that the cup in the picture above is green is not judging it. But, assuming there is coffee inside of it is. Assuming it can only be used for coffee is. The fact is that it may prefer being called a mug.

“YOU’RE JUDGING ME!”… is often the response to an assumption or a conclusion based on someone’s established behavior, character and that’s not judging, that’s their fruit.

20 Therefore by their fruits you will know them.