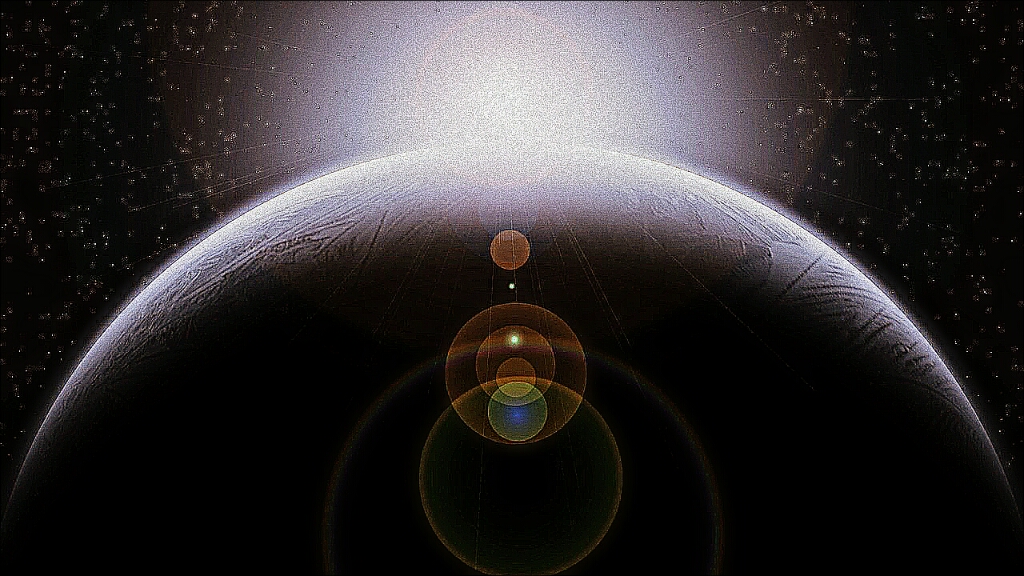 This is not scientific or philosophical, but it is God breathed. And, there is some degree of randomness as it is for the most part stream of consciousness…

More and more people are falling into modern, popular culture pantheism. They are replacing God with ‘The Universe’.

“The universe will bring it to you.”

“The universe is on your side.”

“The universe will judge you.”

“The universe has heard you”

“The universe sees you”.

This doctrine is straight from the devil (who loves the fact that many don’t believe he exists).

In short, rather than acknowledging the one true, living and sovereign God, these people say everything is determined by the natural laws and natural order establishes and ‘maintained’ by ‘the universe’.

And, there are some who try to actually give the universe ‘consciousness’. However, they don’t even imply that God is the universe, but that the universe is God.

GOD IS NOT THE UNIVERSE, NOR VICE VERSA.

Even Hebrews Chapter 3 says, “the worlds were framed”.

God is an eternal, invisible Spirit. Quite frankly, He is not an ‘old, bearded, grey-headed white dude’.

15 He is the image of the invisible God, the firstborn over all creation.

20 For since the creation of the world His invisible attributes are clearly seen, being understood by the things that are made, even His eternal power and [a]Godhead, so that they are without excuse,

Science contends that the universe had a beginning. God had no beginning. Yes the bible says, “In the beginning” for our benefit to reference when God began His relationship with our perception of reality and man, but an eternal God needed no beginning. It that was so, what happened before the beginning.

If the universe had to have a ‘beginning’, by what or whom did it begin?

The universe is not alive.

The universe doesn’t have a will.

Even the brightest human minds are incapable of understanding the infinite deep knowledge of God, or even the universe.

In fact, I define science as our attempt to give a physical explanation to the spiritual.

Think about this, God is has not beginning and has no end. He cannot be created or destroyed. Sounds a lot like the Law of Thermodynamics…

This law states that energy can neither be created nor destroyed,

but can only be transformed or transferred from one form to another. sounds a lot like God doesn’t it?

Science looks for planets similar to earth that can sustain life, but God can create and sustain life that can live in -200 degrees below zero and breath methane gas if He so desired.

Just open your heart and believe.