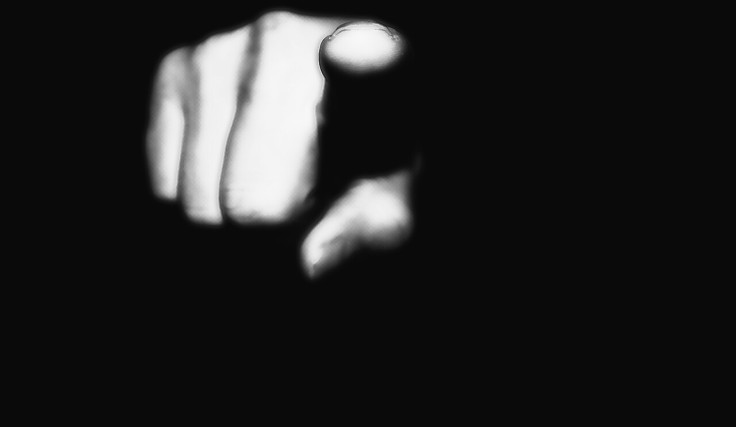 7 Hypocrites! Well did Isaiah prophesy about you, saying: 8 ‘These people draw near to Me with their mouth,
And[a] honor Me with their lips,
But their heart is far from Me.

9 And in vain they worship Me,
Teaching as doctrines the commandments of men.’ ”[b]

Jesus called the religious leaders “Hypocrites”, which was a pretty significant insult in that time. So much so, that His disciples called Him to the side and said in today’s terms… “Uhhh, you know you pissed them off right?”

Jesus didn’t insult them, but they were insulted. But, many times we all are when we are confronted with truth about ourselves…we sometimes naturally get defensive.

Even today, truth is a viable defense when accused of defamation. If it’s true, it’s not libel or slander…and what Jesus said about them is true.

But, we should only say something BAD to or about someone if there is some GOOD to come out of it.

We should only say something bad to or about someone with an intention to help them and not hurt them.

Jesus also proved you should never say anything about someone who you would not say to their face.

If Jesus had called them hypocrites to hurt or embarrass them, it would have been wrong.

If Jesus had called them hypocrites when they weren’t present to belittle them, it would have been wrong.

But, Jesus never sinned, so we know He wasn’t wrong. We know His intentions. But even when you have good intentions, it doesn’t mean that people won’t be insulted.

The same goes with us today. We should be willing to give and accept constructive criticism, so we can grow and mature in the LORD…that’s when an insult isn’t an insult.

We should pray the discernment to determine when to be loving and when to be sharp.

It doesn’t even have to be as sharp as calling them a hypocrite.

“You are a coward”

It’s WHY it was said that determines whether or not is an insult.

Now, most people who are confronted with something that needs to change about themselves will initially be insulted. But, much of our growth comes from that uncomfortable moment of truth and self-examination.

When Jesus called the religious leaders hypocrites, it was His intention for them to acknowledge it, repent and grow.

So the next time that someone, ‘insults’ you, even if they meant to hurt you, ask yourself, “Is this true about me”?

Even if they meant to insult you, if it’s true, you can take what was meant for evil and turn it into good. You can turn what could have been bad fruit into good fruit.

20 But as for you, you meant evil against me; but God meant it for good, in order to bring it about as it is this day, to save many people alive.

2 thoughts on “WHEN AN INSULT ISN’T AN INSULT…”