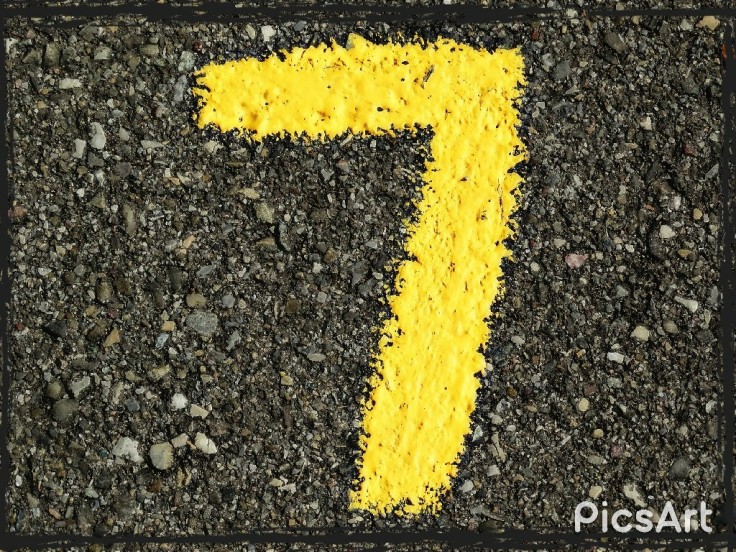 Has God anointed you? Are you amazed sometimes at what He does through you? Do you ever do anything, look back and say to yourself, “That was clearly not me, but God!”

You’ve been anointed, empowered and ‘gifted’ for His purpose. However, there are times that sincere people mishandle their anointing. So, allow me to give you some of the ‘fruit’ of my anointing, experience and mistakes I’ve made…

Here are 7 things to remember about managing your anointing.

1. YOUR ANOINTING WILL CAUSE SOME PEOPLE TO BE THREATENED BY YOU

Yes, of course we know that God’s presence in you will offend people who don’t believe as you do. Remember how restless unclean spirits sometimes became whenever Jesus came around…

41 Then Jesus answered and said, “O [a]faithless and perverse generation, how long shall I be with you and [b]bear with you? Bring your son here.” 42 And as he was still coming, the demon threw him down and convulsed him. Then Jesus rebuked the unclean spirit, healed the child, and gave him back to his father.

And, remember how an unbelieving crowd reacted, even after seeing Jesus casting out demons. They wanted Him to leave.

14 So those who fed the swine fled, and they told it in the city and in the country. And they went out to see what it was that had happened. 15 Then they came to Jesus, and saw the one who had been demon-possessed and had the legion, sitting and clothed and in his right mind. And they were afraid. 16 And those who saw it told them how it happened to him who had been demon possessed, and about the swine. 17 Then they began to plead with Him to depart from their region.

But, unfortunately there are also those in the Kingdom of God who will feel threatened by what God has placed inside you. Some pastors, some ministers, some singers, some evangelists, some artists, some authors, some co-workers, some relatives, some writers…some bloggers. They can sometimes feel your abilities are a threat to them. Don’t let yourself be threatened by someone else’s gifts. We must always remember that this isn’t a competition…we’re all on the same team.

2. REGULARLY FEED AND NURTURE YOUR ANOINTING

No matter how naturally and easily things may seem to come to you, never get to the point that you think your anointing doesn’t need to be fed. Regularly spend quality time with God by getting away to yourself, to read and study His word, meditate on it, and allow God to minster to you. Make sure that everything that you do is backed up by and measured against the word of God. Prove every inspiration, every thought, everything that you feel God has placed inside you and measure it by the word of God in full context of the whole bible, not cherry picking scriptures to satisfy how you want to see it.

Remember what God told us through the Apostle Paul…

15 Study to shew thyself approved unto God, a workman that needeth not to be ashamed, rightly dividing the word of truth.

3. DON’T JUST USE YOUR ANOINTING FOR YOURSELF

God has anointed you to build the kingdom of God, but He also gave it to you to sustain your life…

14 Even so the Lord has commanded that those who preach the gospel should live from the gospel.

18 For the Scripture says, “You shall not muzzle an ox while it treads out the grain,” and, “The laborer is worthy of his wages.

16 A man’s gift makes room for him,
And brings him before great men.

However, there are some gifted men and women of God who have gotten their priorities mixed up. They’ve been distracted, and caught up in using their anointing for themselves, and neglecting God’s kingdom. Remember why God has blessed you. And, also remember that you don’t have to prove to anyone else how anointed you are…that’s pride. It’s very easy to become intoxicated by the pats on the back, encouragement, praise and even financial blessing that can come from what God’s placed inside you, but never get to the point that you expect all those things or that you’re discouraged if you don’t receive them.

My wife is a Gospel Jazz artist, and I can’t tell you how many events we have attended with other artists who were, ‘smelling themselves’. They were good, they had a ‘following’, and they acted as though they were above everyone else there. I’ve also run into pastors and preachers who behaved the same way. REALLY? So many men and women of God have the charisma that commands respect and adoration. It’s very easy to become arrogant or conceited if you aren’t careful. It’s a very subtle way the enemy can manipulate a sincere man or woman of God. Never let your gift allow pride to be your greatest weakness. Remember what Jesus told us…

2 Shepherd the flock of God which is among you, serving as overseers, not by compulsion but [a]willingly, not for dishonest gain but eagerly; 3 nor as being [b]lords over those entrusted to you, but being examples to the flock;

5. BE CAREFUL NOT TO CONDEMN OTHER MEN AND WOMEN OF GOD FOR THEIR WEAKNESSES

Before you condemn any man or woman of God for their weakness or in mishandling their anointing, remember this… even the most anointed men and women the bible had their own personal shortcomings and failures. No matter how anointed or prominent, no one has ever mastered everything they preach and teach. And, when you have an opportunity, reason with them in humility, bearing in mind that you too can be tempted.

6 Brethren, if a man is [a]overtaken in any trespass, you who are spiritual restore such a one in a spirit of gentleness, considering yourself lest you also be tempted.

6. NEVER CLAIM GOD’S GLORY FOR YOURSELF

No matter how much education, how powerful, how persuasive, how influential no matter how much ‘weight’ God what’s on your life, remember He’s the one this carrying you. Never forget the source of your abilities. Never claim God’s glory for yourself. If you ever find yourself saying, “I did…”, say instead, “I AM did…” We all know what God said…

18 Pride goes before destruction,
And a haughty spirit before [a]a fall.

7. YOUR ANOINTING DOESN’T DISQUALIFY YOU FROM HAVING FUN

You’re anointing does not require that you be serious all the time, or disqualify you from having fun godly fun in your life. It’s okay to laugh, to have a simple glass of wine, to enjoy your wife and family, to dance… Your anointing needs balance. It’s the gift of God to enjoy your life…

15 So I commended enjoyment, because a man has nothing better under the sun than to eat, drink, and be merry; for this will remain with him in his labor all the days of his life which God gives him under the sun.

22 A merry heart [a]does good, like medicine,
But a broken spirit dries the bones.

Fulfilling your purpose and walking in your anointing can be DRAINING. It’s okay to laugh and love as long as you remain within God’s character and His will.