Peter denied Christ (John 18:13-27), but that wasn’t the only sin he committed…God allowed them to remain hidden.

The Apostle Paul had a ‘thorn in the flesh’ (2 Corinthians 12), but the bible does not let us know what is was…God allowed it to remain hidden.

Mary the mother our our Lord and Savior Yeshua (Jesus) was blessed among women (Luke 1:28), but she wasn’t perfect. God allowed her sins to remain hidden.

Your testimony can be powerful in letting people know that they can overcome what you have overcome. But, sometimes knowing too much about you can be harmful.

Yes, we are supposed to confess our sins to one another, but you can confess your sins (James 5:16), you can share your testimony without telling ALL your business.

Sometimes when people are caught up in a sin, the only way He can get them to stop is allowing them to be exposed. That’s why it’s good to NEVER ask God to MAKE you stop doing anything. He has given us the power through His Holy Spirit to stop on our own.

So, if there are some things about you that God has allowed to remain secret, and you’ve truly repented…sometimes it’s best to not let the world know.

There is great power in maintaining an aura of mystery and wonder at some level.

You can’t let everyone know your hopes, dreams or regrets…

You CAN’T tell everyone EVERYTHING that crosses your mind!

For example, if you knew everything that runs across your Pastor’s mind, it’s thought it’s a good chance you may never want to hear another sermon preach again…Pastors are human.

Some people aren’t strong enough to understand your weaknesses.

Pray for discernment at what to share and what to keep between you and God. If God allowed it to remain secret…

Maybe you should too. 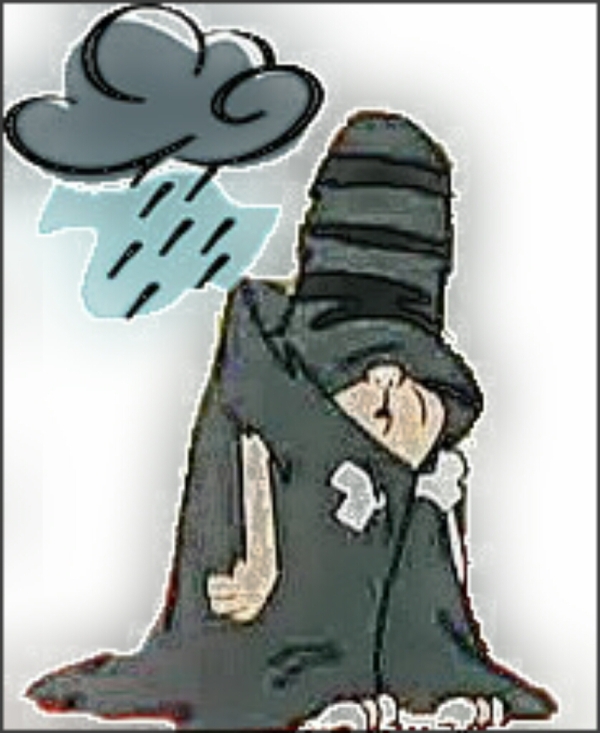 There are different levels of accountability—-personal, family, social, professional, spiritual etc., this piece is about inter-racial accountability.

If I’ve learned anything as a Black man living in the United States of America, it’s that people don’t discriminate at letting you down.

As much as I want equality for myself and my children, I have to also recognize that I have been hurt, betrayed, undermined, overlooked, ignored, mistreated, misjudged, misunderstood and taken advantage of EQUALLY by people of color (not only Black) just as much as white people.

There are times that people who look like me had an opportunity to help me and refused.

There are times people who look like me complained about the system only to BECOME the system when they became part of the system…or created their own ‘system’.

I’ve seen people who complained about those who abused their authority and influence do the same when it was placed in their hands.

Too many times people who complained about THE MAN became THE MAN.

Yes, some of ‘my people’ who were overlooked because of their skin color have overlooked a more qualified candidate of their own race for a less qualified ‘frat brother’ or ‘soror’. I’ve seen Black people (some very Pro-Black) represent their organizations with Greek letters for generations…when they could very well do it with letters of an African alphabet or the Hebrew alphabet if they call themselves disciples of Yeshua. Why isn’t this considered a remnant of White supremacy?

I’ve seen Black people ‘throw away’ Black people because they don’t do, say, or think as ‘a Black person should’. This happens in every race, but I’m addressing my own. It’s possible someone will ‘throw me away’ because of this truth. That’s fine as long as Yah, my God doesn’t throw me away.

I’ve seen discrimination, favoritism, nepotism, abuse of authority, hatred, and ‘shady’ behavior within my own race.

No matter what your race, everyone who looks like you doesn’t love you.

I love all people.

Yes, I want equality and equity for people who look like me…but there are those ‘who look like me’ who can’t expect any more of others than they do of themselves.

As we fight for equality and social justice, let us never forget that we have allies and enemies of every color.

24 But Jesus didn’t trust them, because he knew all about people. 25 No one needed to tell him about human nature, for he knew what was in each person’s heart.

11 (A)He came to His [a]own, and His [b]own did not receive Him. 12 But (B)as many as received Him, to them He gave the [c]right to become children of God, to those who believe in His name:

To sum it up, White and Black people have both helped and hurt me on a personal level…equally.