Most of us who believe in God also claim to love Him and be in relationship with Him…We are His children.

Soooo, it’s doesn’t seem outside of reason to assume that those of us who are in relationship with God, have gotten angry with him at sometimes or another…if we are willing to admit it.

God’s children get angry at their Heavenly Father.

Have you gotten angry at God because…

You thought He ignored your prayer…

You thought He said no…

You thought He was being unfair to you…

You thought He should have intervened…

You thought He was being too harsh…

You thought He favored someone who didn’t deserve it…

You thought those who are evil continue to win…

Well, I could go over possible reasons all day, but you know why you were angry with Him…if you’re willing to admit it.

King David, a man after God’s own heart became angry with God. As he was having the Ark of the Covenant (which represented God’s presence) brought back, the oxen pulling the cart stumbled and as Uzza reached out to hold the ark steady, God became angry at him for touching it, (because no one was to touch the ark), and struck him dead. This made David angry and afraid of God…

10 Then the anger of the Lord was aroused against Uzza, and He struck him because he put his hand to the ark; and he died there before God.

Throughout the book of Psalms, there are hints of frustration with God…

“How long, O Lord? Will You forget me forever? How long will you hide your face from me?”

“I remembered God, and was troubled;
I complained, and my spirit was overwhelmed.”

O Lord, how long shall I cry,

And You will not hear?
Even cry out to You, “Violence!”
And You will not save.
3 Why do You show me iniquity,
And cause me to see trouble?
For plundering and violence are before me;
There is strife, and contention arises.
4 Therefore the law is powerless,
And justice never goes forth.
For the wicked surround the righteous;
Therefore perverse judgment proceeds.

Righteous are You, O Lord, when I plead with You;

Yet let me talk with You about Your judgments.
Why does the way of the wicked prosper?
Why are those happy who deal so treacherously?
2 You have planted them, yes, they have taken root;
They grow, yes, they bear fruit.
You are near in their mouth
But far from their mind.

3 But You, O Lord, know me;
You have seen me,
And You have tested my heart toward You.
Pull them out like sheep for the slaughter,
And prepare them for the day of slaughter.
4 How long will the land mourn,
And the herbs of every field wither?
The beasts and birds are consumed,
For the wickedness of those who dwell there,
Because they said, “He will not see our final end.”

Jeremiah even cursed the day he was born…

Cursed be the day in which I was born! Let the day not be blessed in which my mother bore me.

Remember this…Men and women of God are merely, MEN and WOMEN of God. Only human.

God remembers that we are only human…

14 For He knows our frame;
He remembers that we are dust.

39 For He remembered that they were but flesh,
A breath that passes away and does not come again.

41 Watch and pray, lest you enter into temptation. The spirit indeed is willing, but the flesh is weak.”

Even Jesus, Yeshua, Himself cried out…

46 And about the ninth hour Jesus cried out with a loud voice, saying, “Eli, Eli, lama sabachthani?” that is, “My God, My God, why have You forsaken Me?”

God allows us to have human moments, but He expects us to ‘come to ourselves’, trust Him and honor Him. He allows us the opportunity to express our humanity in reverence and respect.

When you read the bible, after these men and women of God were angry…after they lamented…after their frustration….THEY TRUSTED GOD!

In the midst of their ‘complaint’ was PRAISE. Each of the Psalms mentioned above ended in PRAISE for God.

But the Lord is with me as a mighty, awesome One.

Therefore my persecutors will stumble, and will not prevail.
They will be greatly ashamed, for they will not prosper.
Their everlasting confusion will never be forgotten.
12 But, O Lord of hosts,
You who test the righteous,
And see the mind and heart,
Let me see Your vengeance on them;
For I have pleaded my cause before You.

13 Sing to the Lord! Praise the Lord!
For He has delivered the life of the poor
From the hand of evildoers.

They praised God in their pain to activate their faith….They continued to press in to the purpose that God had for their lives.

Anger is one of the ways we were created in God’s image. God becomes angry sometimes, but His anger doesn’t last.

It’s human and natural to become angry at God and doubt, but He told us…

You are of God, little children, and have overcome them, because He who is in you is greater than he who is in the world.

…So it’s superhuman and spiritual to overcome our anger and trust Him.

God knows we will have PITY PARTIES, but He expects us to turn them into PRAISE PARTIES. 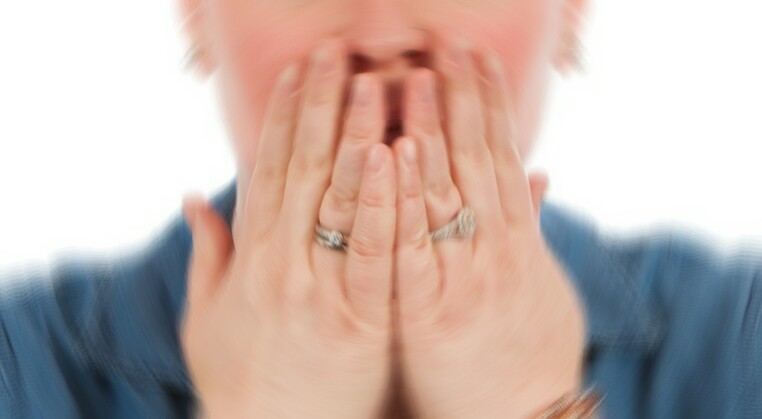 When you stop and take look, you can see God’s wisdom in everything…and I mean EVERYTHING!

God’s first institution established in His Kingdom was the family. He put man and woman together with a plan. He told us to be fruitful and multiply because God wasn’t going to continue creating men from dust or women from men’s ribs.

God gave us the gift of physical intimacy (sex) to bring children into the world, and to enhance our marriages. God wants us to enjoy one another just as much as he wants us to enjoy Him, and that’s  very clear in the bible.

As a loving deer and a graceful doe,
Let her breasts satisfy you at all times;
And always be enraptured with her love.

4 Marriage is honorable among all, and the bed undefiled; but fornicators and adulterers God will judge.

Now concerning the things of which you wrote to me:

It is good for a man not to touch a woman. 2 Nevertheless, because of sexual immorality, let each man have his own wife, and let each woman have her own husband. 3 Let the husband render to his wife the affection due her, and likewise also the wife to her husband. 4 The wife does not have authority over her own body, but the husband does. And likewise the husband does not have authority over his own body, but the wife does. 5 Do not deprive one another except with consent for a time, that you may give yourselves to fasting and prayer; and come together again so that Satan does not tempt you because of your lack of self-control.

God made sex a physical crescendo that builds to a climactic, brief culmination of intense pleasure sought after by both those who are married and unfortunately, unmarried….We will use the euphemism ‘THE BIG O’.  Everything God did has a holy purpose. It’s not God’s fault that we misuse His gift…and what a perfect gift!

Here’s where God’s wisdom comes in.

If we were going to ‘be fruitful and multiply’…

If we were going to have long, healthy marriages…

Few people want the physical crescendo without the ‘BIG O’…

And, few people want the ‘BIG O’ to come too soon…

As much as we enjoy…

As much we anticipate the ‘BIG O’.

As much as we enjoy reaching that brief moment of euphoria…God was wise enough to make it brief.

Think about it…no one would be able to withstand 5, 10, 15 uninterrupted minutes of the ‘BIG O’. I don’t even know if our bodies could take it.

If the ‘BIG O’ was too big or too long…we would dread it.

If the ‘BIG O’ was too big we would avoid it.

There would be no ‘be fruitful and multiply’.

There would be a strain on marriages due to lack of intimacy.

Even the most holy person can admit that a well-timed ‘BIG O’ is just the pressure release valve needed sometime to relieve us of the stresses of life.

I told you when you stop and look at it, you can see God’s wisdom in EVERYTHING.

It’s easy to see why the apostle Paul proclaimed…

33 Oh, the depth of the riches both of the wisdom and knowledge of God! How unsearchable are His judgments and His ways past finding out!