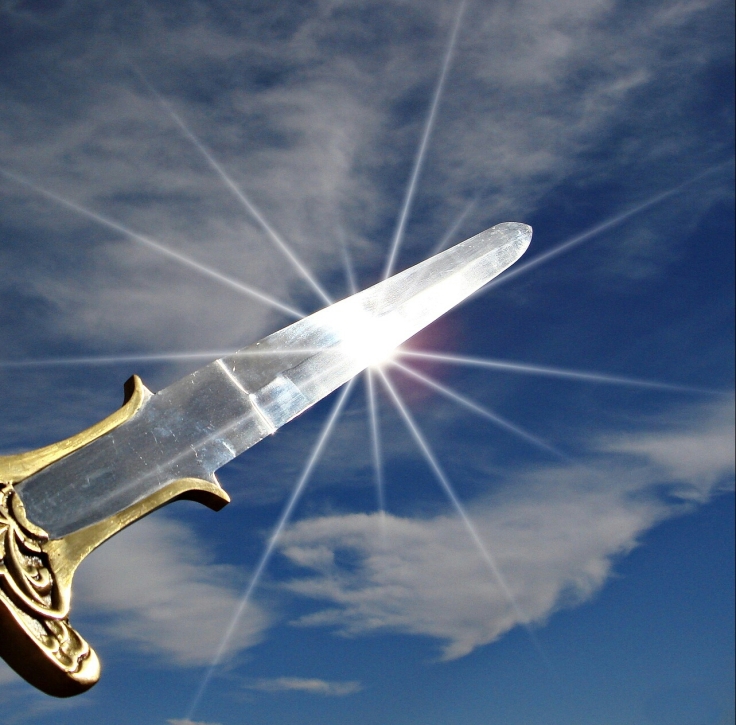 Early in His ministry, Jesus was confronted by the enemy as recorded in Matthew 4:1-11,  He was confronted/attacked while His FLESH was weakest. He had been fasting for 40 days. The enemy tried to catch Jesus in His flesh’s most vulnerable state. But, even though Jesus’ flesh was weak, His will was strong. Jesus knows us, and He knows our flesh gets weak too, that’s why He encourages us…

41 Watch and pray, lest you enter into temptation. The spirit indeed is willing, but the flesh is weak.”

Even though Jesus’ flesh was weak, His Spirit and resolve was still willing and strong.

Because He fought off the enemy’s attack with the WORD OF GOD. The word of God is our most powerful weapon against the enemy.

4 For the weapons of our warfare are not [a]carnal but mighty in God for pulling down strongholds,

12 For the word of God is living and powerful, and sharper than any two-edged sword, piercing even to the division of soul and spirit, and of joints and marrow, and is a discerner of the thoughts and intents of the heart.

As much as so many Americans are preoccupied with and put faith in their GUNS…our greatest attacks aren’t against the FLESH, but SPIRIT. Even those who attack you physically have succumbed to a spiritual attack that led them to result to violence…it started in the Spirit.

That’s why you can’t bring a gun to a sword fight!

Temptation is an attack of the enemy, and Jesus made the devil back down with the word of God in Matthew 4:1-11.

He was tempted with HUNGER (vs 3)…which many have used as an excuse for violence and theft. Jesus’ response…“IT IS WRITTEN, man shall not live by bread alone, but by every word that comes from the mouth of God”. (vs 4)

He was tempted with PRIDE (vs 5,6)…which has led many to violence. Jesus’ response…“AGAIN IT IS WRITTEN, you shall not put the Lord your God to the test”. (vs 7)

He was tempted with POWER (vs 8,9)…which has led many to kill countless people. Jesus’ response…“Be gone Satan! FOR IT IS WRITTEN, you shall worship the Lord your God and Him only shall you serve.” (vs 10).

Verse 11 tells us that the devil fled…Jesus overcame the temptation/attack with the word of God.

Everything that leads man to violence and gun fire BEGINS with a temptation to the spirit, but Jesus taught us how to fight before the guns are drawn.