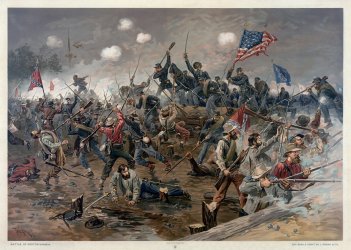 The battlefield or the football field. Which is an appropriate field of protest?

Again, here’s another spiritual post with political implications. There are many people so enraged by Nike’s decision to feature Colin Kaepernick as a part of the 30th anniversary of their “Just Do It” campaign that they are burning their Nike gear and vowing to boycott the brand.

They are enraged at Colin’s, and other athletes’, peaceful kneeling during the national anthem protest of police brutality and racial injustice. They contend:

As much as I respect anyone’s right to feel the way they do, I have to ask, why aren’t the people who are boycotting Nike boycotting the Confederate flag too.

Here are 3 reasons why I feel this is an act of blatant hypocrisy:

Jesus constantly confronted the Pharisees and religious leaders about their hyprocrisy…

In the meantime, when an innumerable multitude of people had gathered together, so that they trampled one another, He began to say to His disciples first of all, “Beware of the [a]leaven of the Pharisees, which is hypocrisy.

3 He answered and said to them, “Why do you also transgress the commandment of God because of your tradition?

Who has the right to determine which protests are acceptable and which are not? How arrogant is that?

It’s amazing how many people consider protesters as whiners until there’s an issue that is important to them.

The reasons behind the kneeling protest are no less important and no less honorable than those who chose to protest and fight against the American flag during the Civil War. To say anything otherwise is the height of arrogance, selfishness and hypocrisy.  When will we learn to disagree without insults?

You may also enjoy these…

WHY I WILL NEVER HAVE AN US AGAINST THEM ATTITUDE…

WHEN FOOTBALL BECOMES YOUR GOD (Self-Check)…